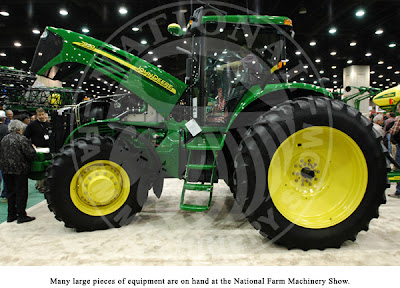 Since my dad and grandpa sold their business my dad has went to work for a tractor parts store in Hendricks and has moved up really fast and is now the manager. Well a couple of weeks ago they sent him to Kansas City for a farm show and he had to great time being in a new city and experiencing something new. Then they told him they wanted him to head to Louisville Kentucky for the biggest farm show around and he was super excited about this. To check out more just click on this link http://www.farmmachineryshow.org/ (Grandpa Kenny I thought you might like this) to see what this show is all about. I guess it takes days to get through so knowing my dad he just loves all this. 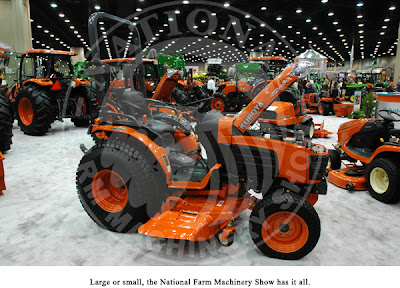 So yeserday he left for Sioux Falls to get on a plane for Kentucky, you would think they would have a direct flight from Minneapolis to Kentucky but nope he had to go through Chicago. So once he got into Minneapolis he was going to head to Chicago and then to Louisville. Well I got a call from him last night around 5:30pm and he was still in Minneapolis sitting on the airplane on the runway. Come to find out that the Chicago airport was snowed in so he had been sitting in Minneapolis for over 4 hours. Then he called me around 9pm and said he made it to Chicago and they were racing to get to the right gate to make their flight to Louisville, I am not sure if they made it or not?!?! The show was suspost to start at 9am this morning so I am excited to hear what happened. He will be in Kentucky until Sunday so he has a lot of exploring to do.

Wouldn't Trevor love to be with Grampa?? He would be entertained for hours at a time..
Diane

Diane I was thinking the same thing, last night I showed Trevor these pictures and he LOVED them. He kept asking to see them over and over again.