Last week we were spoiled with the warm weather, we even set some records with it getting to 92 degrees in Sioux Falls on Thurday. Jon was gone fishing in Big Stone (they ended up getting 25th out of 149 teams so not bad) so Thursday night Trevor and I went to the park. Grandma Diane called and said she was in town so she came with us and we had a picnic. You forget how boring the winter can get when you are stuck in the house all day and night. We made up for it though by going to the park and having a great time!! Here are some pictures of the T-man going nuts on the playground equipment. 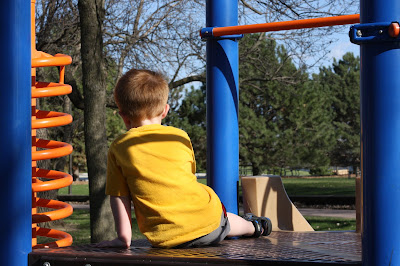 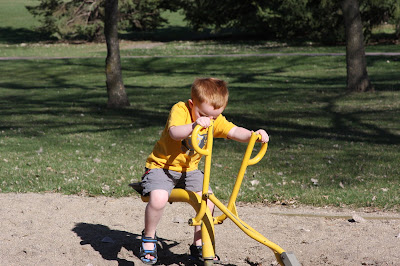 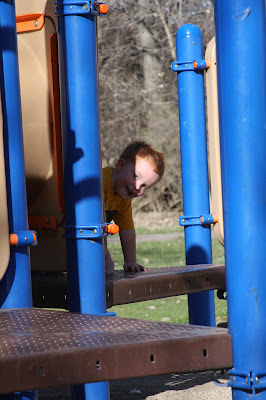 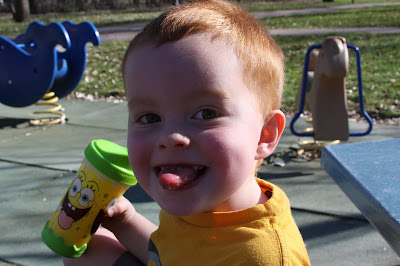 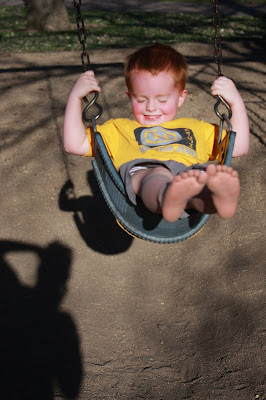 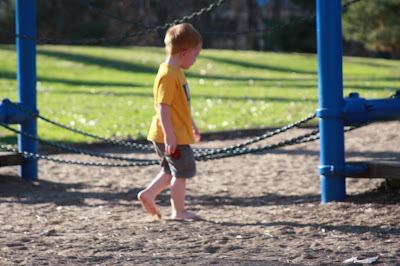 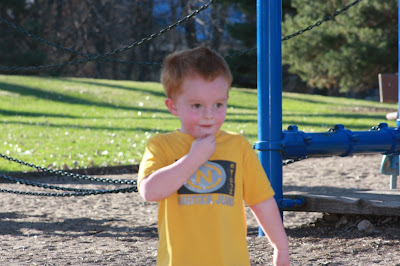 I am in trouble for not posting more often but we have been busy and with the nice weather who wants to sit at a computer??

So what have we been up too you might ask? Well this week I attended the annual Kingswood Rummage Sales in Sioux Falls, they started earlier this year so I went Tuesday afternoon and all day on Wednesday. The weather was so perfect (way better then I can say for last year) but the rummages sales where spread over so many days it was hard to pick when to go. Normally they are Thurs-Sat and this year they where Tues-Sat. I still ended up finding all kinds of items for baby H.....but if I was not pregnant not sure I would of had the best of luck. I think people are cutting back due to the economy because mainly this year it was clothes, clothes and more clothes. I turned out great with lots of outfits for baby H. and tons of clothes for T-man even a winter columbia jacket for next winter for $6. I know I am mean and not going to say whether I bought pink or blue but I will show you a couple of other items I purchased!! 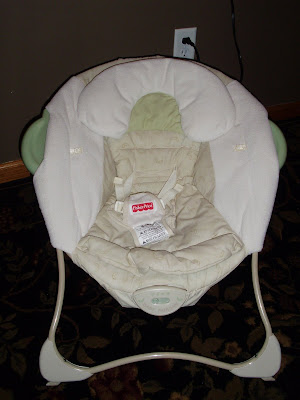 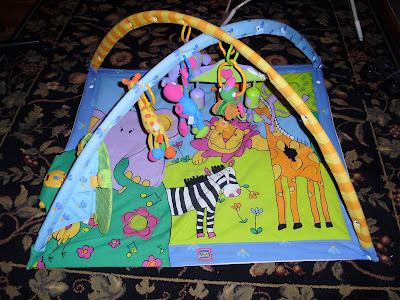 A mat to play on with lots of colors

So not only with that being a crazy part of the week, Jon left today until Saturday to be in a fishing tournament with Corey at Big Stone Lake, so I am a single parent until Saturday night. Good boys and I hope they win this year like they did 2 years ago. At least this year the weather is nice, last year it snowed and they had to scoop snow out of the boat on Saturday morning before the tournament!!

Our Easter weekend was very nice! We really did not go anywhere and we spent all of Saturday doing some landscaping since it was so nice out along with taking Trevor to the Easter egg hunt on Saturday morning. Sunday we went to my aunt's house in Sioux Falls to spend time with my family. It was nice to see everyone again, it has been a long time! They kept Jon and I on our toes by playing cards-neither one of us lost money we come home even.....which is very good! Then Sunday evening we went to the circus in Brookings with Jon's mom and dad and that was also fun but made for a long Sunday.

I hope everyone else had a great weekend and enjoy some pictures! 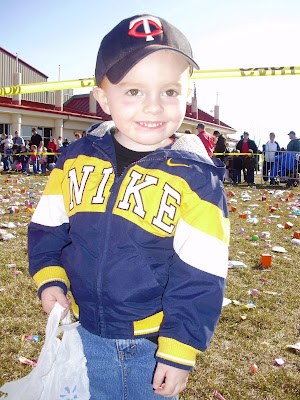 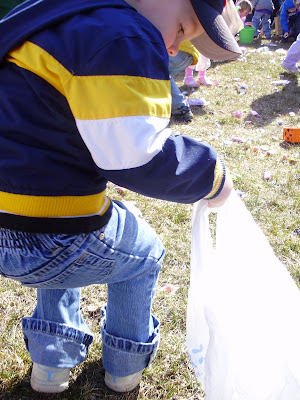 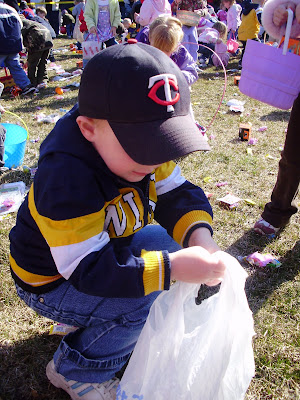 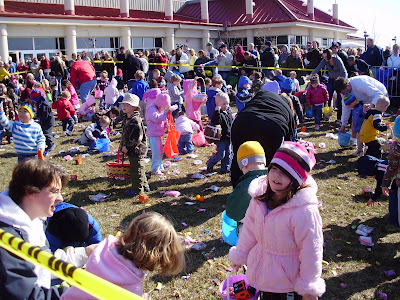 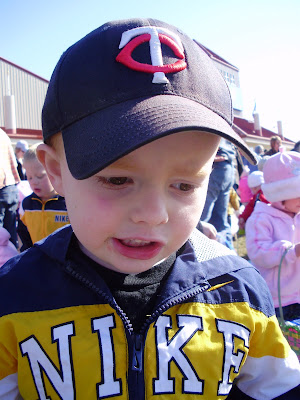 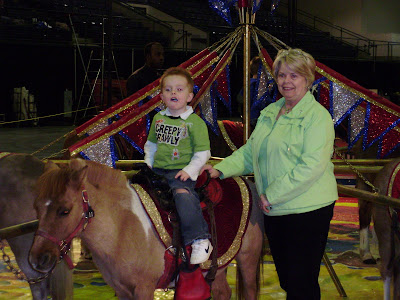 Tonight my grandparents stopped over to give Trevor his Easter present and he loves it!!!! They gave him a new John Deere tractor, he has not let that thing out of his sight yet! 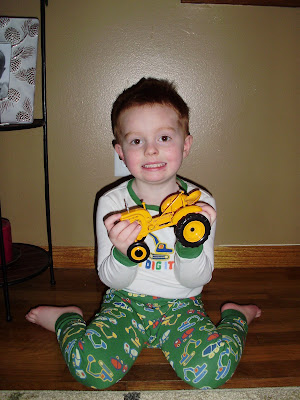 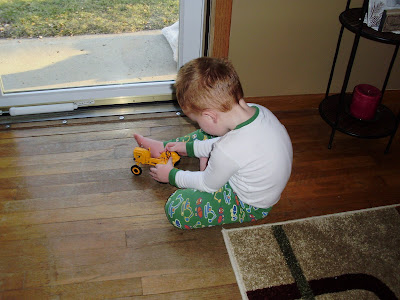 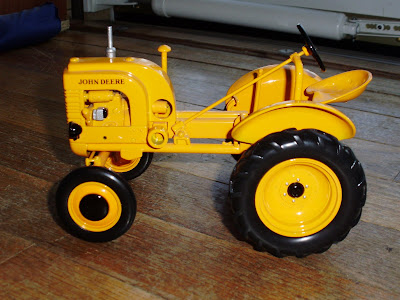 Another awesome tile job done by Jon Healy Construction!! Today he worked on getting it all laid and glued down in the shower and tomorrow he is hoping to get the bathroom floor done. Then in one long day he will be able to grout the whole room and it will be finished! Check it out! 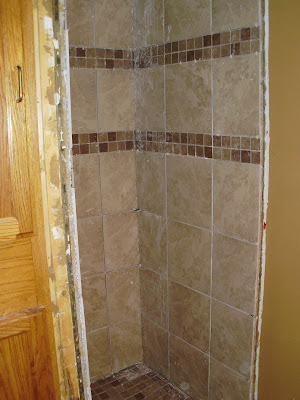 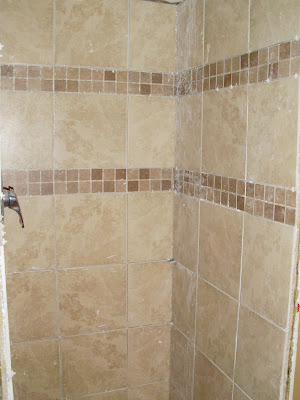 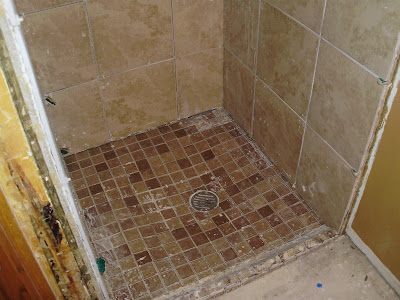 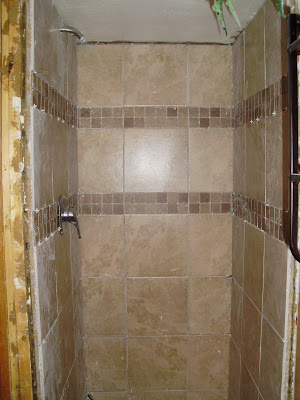 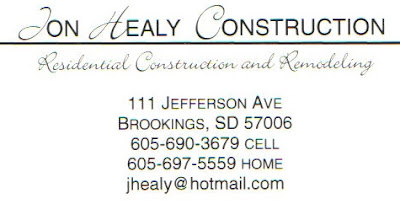 Call Jon for all your remodel or construction needs!!

We are in the process of finishing our basement up and with that we have to tile the whole bathroom floor and shower. Before it was a very nice pink tile that we could not get to match with anything so we ripped it all out. Well this past weekend we went to Lowe's and once again find a nice tile deal!! We got 12X12 tile that was over $2 a piece for only .78 cents each! Jon is going to work on it tomorrow so I will post pictures tomorrow of that but in the mean time here is a sneak peek! 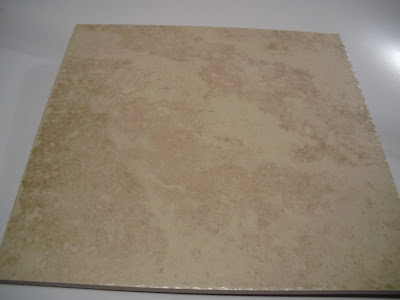 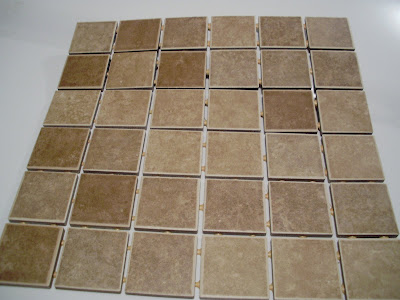 Even though today is Thursday and I do not have much to say and tomorrow we are very busy at work and I will not have time to post anything since I work tomorrow night also I thought I would share a favorite photo of mine. When I look at this photo all I can do is laugh!
I hope everyone has a great weekend!! 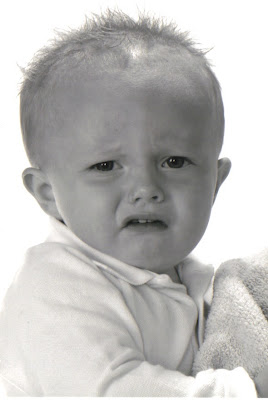 How many people can roll there tongue?? I sure can't but our 3 year old can and he is proud of it, we have no clue where he learned it!! Tonight he said "hey mom look at what I can do". 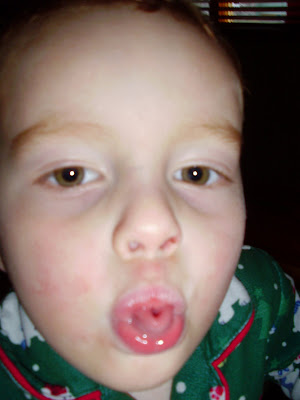 Also look at what a difference one day can make: 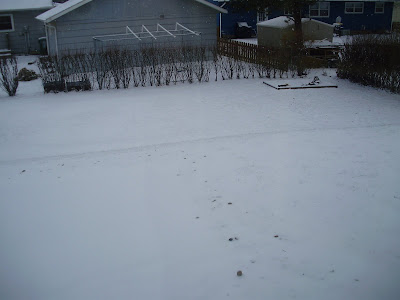 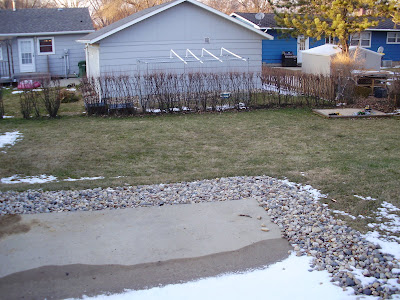