Making Meat (as Trevor would call it) is what him and Jon had been doing the past couple of nights. Since hunting season is right around the corner Jon thought it was time to clean out the freezer and to make some jerky, deer sticks, summer sausage and ground hamburger. I went to Hy-Vee and bought 10 pounds of burger and he is mixing 10 pounds of game burger in so we will have 20 pounds of half and half burger. If you ask me it is time or chili, soups and casserole's.

Over the years Jon has gotten a grinder and vac sealer for Christmas and man did he put those items to use. The grinder also was used to make the deer sticks and summer sausage by putting the meat into casings so he could cook them in the oven.
Here is a couple pictures of the boys working hard. 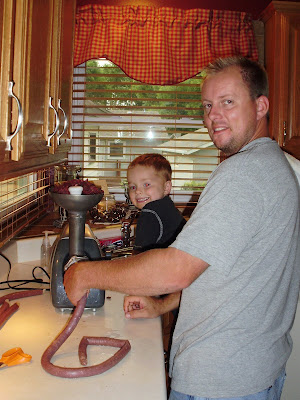 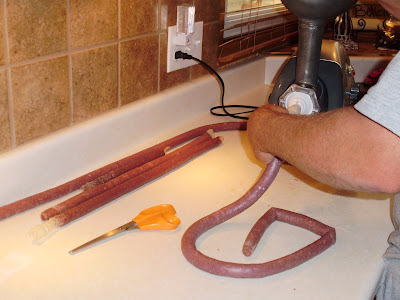 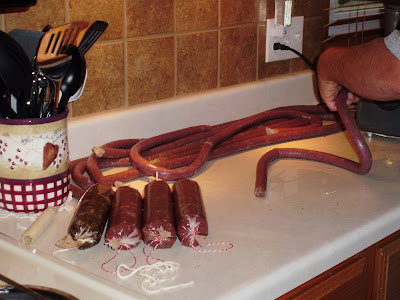 Looks like fun! Kind of gross looking, though. There is a reason for the saying that you don't want to know how the sausage is made. :) Looks yummy to eat, however!

I'm impressed with Jon - most hunters aren't too concerned with the usage of the meat!