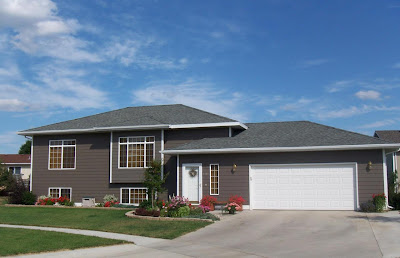 Well it is official we have sold our house! It has been a long road but well worth the time. It all started 7 months ago when Jon and I decided to try and sell the house on our own. Well it went alright but we did not get any offers so then in November we decided to list it with an agent and after being on the market for 50 days we recieved an offer. I guess people just feel better going through an agent. After working with the buyers we agreed on a price and a closing date which was going to be March 1st. Well as time got closer things got more crazy and we realized that March 1st was a Thursday and it would be very hard to move things out during the week. So we asked for an extension until March 5th so we had that whole weekend to move because the weekend before was the big party in Ivanhoe and also a big snow storm. After the new buyers put up a bit of a fuss they gave in. So last Monday March 5th we signed papers and it was offical. I bet most of you are thinking where the heck we moved too, well as for right now we have moved in with my brother until we can find something that we like or we might just even build. Right now we are leaning more on building because t 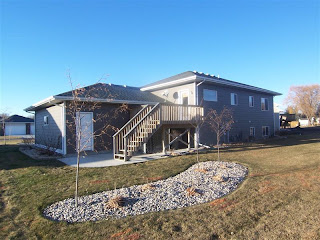 hen we can get what we want and Jon and my brother and my dad can do a lot of things themselves and it will not cost us as much to build. We still do not know but when we decide I will let everyone know. After living with my brother for a week things are going better then expected. Trevor and him are becoming a lot closer and Trevor is getting old enough where him and Greg can got and do things together. Last night him and Greg went outside and scooped off the deck and then played in the mud puddle on the end of the driveway, they had grand fun!! It is also nice for Jon and I because last week we wanted to go to a movie and Greg volunteered to watch him so it is nice for us to get a break. Overall things are going really good and Trevor has found a new buddy!