For the next 3 months 3 of my very good friends will be getting married so you know what that means.....bridal showers, bachelorette parties and the wedding. Last weekend was Becca's shower and this past Saturday was Dianna's shower and bachelorette party. Not to mention next weekend is her wedding, so I have a very busy few months ahead of me. The shower was in Ivanhoe and the bachelorette party was at Becca's house and man did we have a great time!! The shower was great and she had a wonderful turnout and the bachelorette party was even more fun.
It started with a cowboy theme and everyone in white except the bride-to-be. When we first got there it was a social hour and time to catch up with friends we had not seen in a while. Then we went right into a sit down dinner which was homemade pasta alfredo (Dianna's favorite). She then opened all her fancy gifts and had to guess who they were from and then Steph and Becca asked her soon to be husband 20 questions and Dianna had to guess what the answers where. Once all that was done with Al Steffes took us on an hour long hay ride and man was that fun!!! We played a card game and the loosing team took a jello shot and then we stopped for some pictures in a sunflower field (I have never seen one before) and of course a bathroom break.
It was a great weekend and here are a few pictures!! 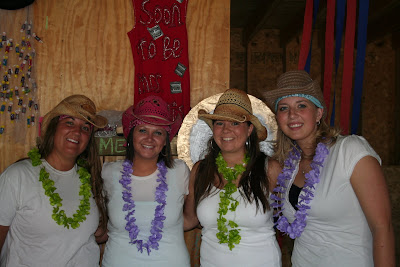 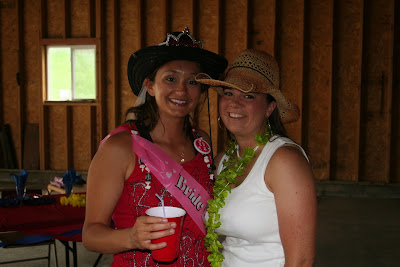 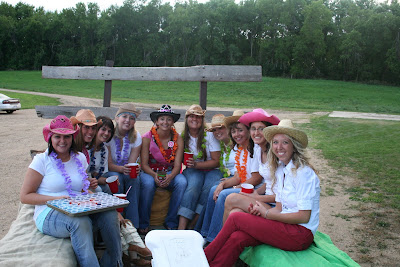 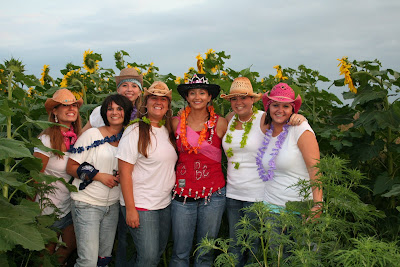 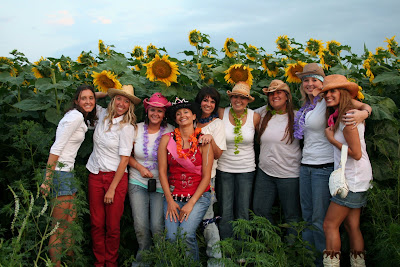 Jane was worried that there would be some embarrassing pictures of her (what did she do?) but you were very nice. The pictures are great - it looks like lots of fun!!

Well if you want some embarrassing pictures of Jane I could sure post them. She really did not do anything bad except do shot for shot with us and then she did the bat game and those are funny pictures.

That sounds like fun. The pic in the sunflower field turned out cute. That is a framable pic(the last one). Sound like you have alot of fun to look forward too. Can't wait to see pics.

How fun and what great pics!!!