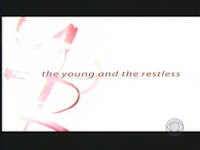 We will start with my favorite soap opera.....The Young and the Restless! I love this show I have been watching it since I was around the ago of 12. There is never a dull moment when it comes to this show and if you watch it you know what I mean. Grandma Mydland knows exactly what I mean. The latest is that Phyllis is going to go off the show!!

My next favorite is Desperate Housewives!! I am 100% addicted to this show....Diane started watching this before me and one night when we were over there she was telling me the story line and that is all that it took, I was hooked! I still want Susan to end up with Mike and Carlos to go back to Gabby.

Brothers and Sister's is the new one that is hard to miss. My mom calls me every Sunday night right at 8:59 to make sure that I have it tuned in.

American Idol is an all time favorite! My favorite Idol of all time is Carrie Underwood, she has it all. At the beginning of that episode I knew she was going to get it she was awesome. This year I want Jordan Sparks to win because she is ONLY 17 and is really good! The experts are saying it is going to be the beat boxer. 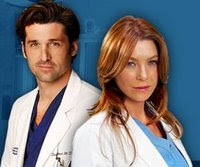 How could we forget Grey's Anatomy?? This show is getting better by the minute. The season finale which airs tomorrow night is going to be a 2 hour extravaganza. Addison is going off the show because she is starting a show of her own.....and my guess is that the hotty on the left is going to dump Meridith to become chief of surgery. 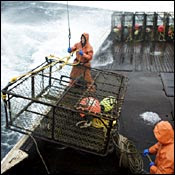 Deadliest Catch I starting watching because of my husband, he watches it every night and now I am addicted....as if I need another show to watch. He is so interested because these people go out to sea to catch crab for 2-3 weeks at a time no matter what the weather is and bring home $70,000 + home with them. Jon says he should find a job like that. I say whatever, on almost every show at least one person is badly hurt or someone even dies. That is not enough money for me to risk my life. 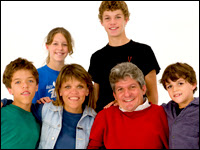 Big World Little People I started watching because all the other manager's at work watch it and they all sit and talk about it and I had no clue what was going on. This show is very cute....the mom and dad are small people and only 1 of there kids is small and the other 3 are normal. They have this huge pumpkin farm in Oregon and the show is about how everyone thought they would never make it because of there situation but they did make it. The show is on TLC. 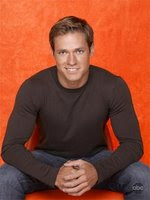 And last but not least The Bachelor.....wo baby! I have not watched the last 3 episodes because we have been really busy but when I have time they are on DVR. This guy is a hotty and has it all (although he is not as good looking as my husband). I watched last season and the bachelor was a prince but I hated the ending because he proposed but said it was a promise ring and he wanted to get to know her better. I mean come on you wanted to go on reality tv make it happen.