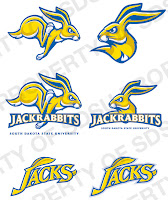 Most of you know that SDSU is an open enrollment college.....well that may not be the case in a few years. Yesterday the president announced that this years enrollment was 12,000 students and that is 300 higher then last fall. The board of regents meet and announced that the maximum that SDSU could hold was the magic number of 13,600. This is raising concerns for a lot of things the first one that pops into my mind is parking. Right now SDSU does not have enough parking for the students and faculty that they currently have. To make matters worse this fall everyone is going to have C parking passes meaning commuter so the staff and students must all share the same lots. The reason for this is because they are going to be starting construction on certain key lots and those lots will be closed until construction is finished.

The second concern they talked about was not having enough housing on campus for students AKA dorm rooms. They are proposing a plan to build either a 300 or 600 bed dorm room on the south east side of campus but would like it done next fall. At this point they are giving second year returning students the okay to live off campus because they do not have enough space for the incoming freshman. To also raise concern about the obvious we will need more room for dining locations, most of our locations are running out of space to feed all these kids during lunch times, at our peak times we are feeking 1500 students at once!!
What a mess, SDSU is growing to fast!! Not to mention everything getting updated because of division 1 and the whole new athletic department they are going to be adding on. They are going to be putting in box seats for the football games. They have also put in reserved seats and are saying that this year they will have a certain amount of tickets to sell for the games and when they are gone the gates close. Iowa state is selling tickets for their football games for $40 per ticket.

Interesting! Thanks for the update. I like to hear that enrollment is increasing (I think it was around 8,000 when I started), but there will certainly be growing pains. Maybe they should consider shuttle buses like larger campuses have. That could encourage people to park in the outlying lots.

It's a great thing for the economy of Brookings and the area but it does take lots of planning and organizing.