Well this post is mainly for Amber 2 because she had asked for pictures of Jon with his Shrine hat and everything one and this is as close as I could come. During his trip to Wisconsin they were in parades and in the one he was asked to drive a plane in the parade and so he did. They told him not to get to close to a building or cars because the wing would catch and the plane would tip over but he got too excited and caught up in the moment and got a wing caught and he tipped the plane over. So he got off it leaned it back up and went on his way again. I hope you enjoy the pictures. (Pictures are compliments of Diane Healy) 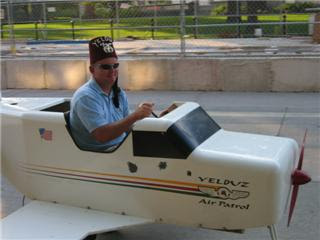 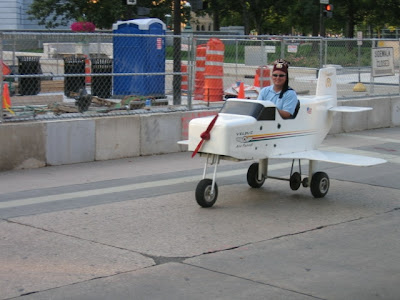 I think these pictures turned out really cute except for the porta-potty across the street!
Diane

Too bad Mom didn't get a picture of Jon tipping over!!