A Weekend at Home

For the past 3 weekends we have been gone doing something and it was nice to just have a weekend at home even though it was filled with tons of things going on. Saturday morning I had Rebecca Steffes shower to attend in Ivanhoe, she had a great turnout. It was from 9-11am so that took up most of the day since it was in Ivanhoe. 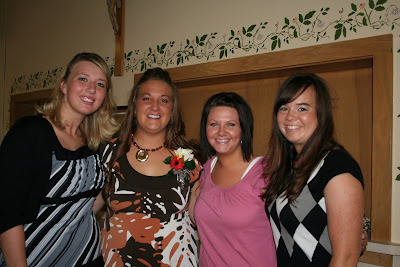 In the picture from left to right: Anne Gillund, Rebecca Steffes, Steph Engesmoe and ME. All 3 of these girls I graduated with in High School.

So the rest of Saturday was filled by the time I got Trevor home to give him a nap. In the meantime Jon was in Sioux Falls helping his uncle Steve move and so they got back to our house around 5:30pm and Trevor was in need of going to his grandma and grandpa's house for the night so that is just what they did. Jon and I took advantage and got to go to out to Dinner and a movie (we went to StepBrother, great movie very funny).

Sunday we drove to Ivanhoe and picked up Trevor and then headed to The Pearson Family Reunion at the Wind Towers. They had a great turn-out! I just love it up there it is in the middle of a corn field so we had the whole inside and outside to ourselves. After we ate they drew for prices and "my name" was the first one drawn so I recieved a Pearson Family cook book. Then it was home again for a nap!! 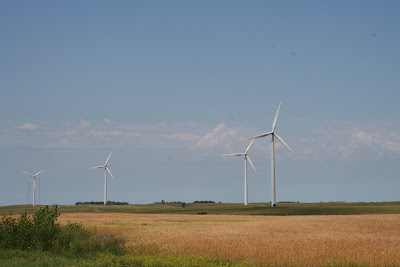 Had to take a picture of the view

Then Sunday afternoon was spent taking a nap and then Jon and I cooked up a bunch of walleye that we had in the freezer for supper and it was soooooooo good!!! 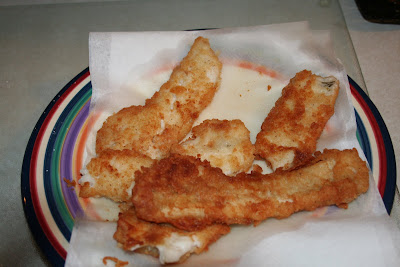 I like the new look of your blog! And that walleye looks yummy. :)